This photo was taken during a homestay weekend I spent with a Japanese family.

They lived in the countryside and, as a get-to-know-you activity, we went on a walk and ended up in the local Shinto shrine.

It was a lovely afternoon – clear sky, crisp autumn air, friendly people. Thank you, the Harada Family, for being so kind to me.

Notes: Today’s #PhotographFriday was taken using a Canon EOS Kiss X7 camera on the 12th of November, 2016 at a Shinto shrine in Yakage, Okayama.

I visited a local park during the Chinese Spring Festival holidays.

It wasn’t until the end of my ambling exploration that I stumbled upon a bed of poppies.

DSLR in hand, I took the opportunity to practice with the manual focus settings.

The easiest way to get to Northern Ireland – or Belfast, more specifically – is by flying. Personally, I flew from London Stansted to Belfast International Airport, although there are two other airports within Northern Ireland: George Best Belfast City Airport and City of Derry Airport.

You can also take the train if you’re travelling from England, Wales, or Scotland. The trip, however, will be split partway to include the ferry trip to Ireland. There are also direct coaches to Dublin serviced by the National Express if you wish to have a cheaper alternative to planes and trains.

Where to stay in Belfast

As a solo traveller, I cannot recommend hotels unless you are travelling with two other people.

Belfast has a lot of hostels on offer, all within walking distance to the main city centre. Prices can range between £10-£15 per night at a hostel; I stayed at Lagan Backpackers for 2 nights and didn’t pay more than £26 total, and the place had a TV with a Netflix subscription, newly refurbished bathrooms, and they even offered a free breakfast to those who opt-in!

If you’re willing to spend a little more for privacy, then I would suggest Airbnb as an alternative.

Things to do in Belfast 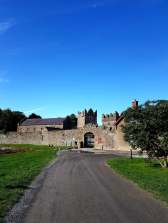 “there must always be a stark in Winterfell” 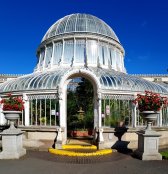 a panoramic image of The Palm House front door 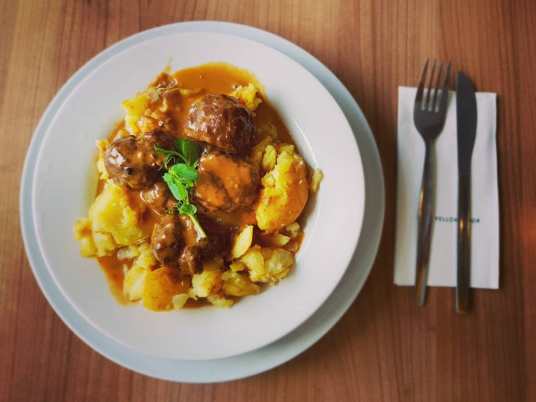 I highly recommend just typing in “things to do” on Google Maps and see if any of the options offered are compatible with your interests. Getting into the habit of making bookmarks and lists on Google Maps is helpful in planning daily itineraries and, sometimes, choosing a hostel or Airbnb that is most convenient for you, the traveller.

Here is a list of places I visited within the Belfast city:

I also went on day trips, where I visited:

What to expect from Belfast

Belfast – and Northern Ireland, in general – is a super friendly place. The bus drivers are really easy to speak with and they are more than happy to help a lost little tourist. I honestly believe the locals are psychic because they always know where you want to go and will just gently nudge you towards the right direction. Everyone I spoke with, from the waitresses to the random man I befriended as I walked the Cavehill nature trail, was softspoken and kindhearted. Belfast is brilliant!

Lastly, expect to receive some Northern Ireland banknotes. They are different to the ones in circulation around England, but they are still Sterling notes and can be exchanged for Bank of England notes at any bank in the UK.

I spent an approximate total of £270, including travel, accommodation, and food. Belfast is an amazing place with a lot of history and great architecture. The food is good, the people even good-er, and the only downside was the confusing bus network. 10/10 will recommend for other solo travellers to visit!